The first part of this two-part series of articles discussed laboratory personnel qualifications regarding education and experience. In this second part, we will cover competency, which is the most frequently cited laboratory inspection deficiency across the nation.

The first step in meeting competency requirements is the delegation of responsibility to qualified personnel. The medical director must develop and approve the written delegation of competency and other duties.

Semiannual and annual competency assessments of individuals performing moderate-complex tests must be completed by individuals meeting the qualification of a technical consultant. In addition to two years of laboratory training or experience, a technical consultant must hold a bachelor's degree in chemical, physical, biological science, medical technology, or nursing.

The medical director must also delegate competency assessments of high-complexity tests. Lab personnel conducting the semiannual competencies of high-complexity tests must meet the qualifications of a technical supervisor. There are several routes detailed in the CLIA regulations for an individual to qualify as a technical supervisor of a specialty. Different years of training or experience are required depending on the level of education attained.

Annual competencies of high-complexity tests may also be delegated by the medical director to lab personnel qualifying as general supervisors. The education qualification for a general supervisor is a bachelor's or an associate degree in a chemical, physical, biological science, or medical technology. An individual lacking an appropriate degree can qualify as a general supervisor if they have the required accredited college science courses and training or experience for laboratory testing personnel detailed in the first part of this series.

It should be noted the regulations only allow the annual competency to be delegated to the general supervisor. The Technical supervisor would still be responsible for assessing the semiannual or the two six-month competencies.

Some laboratories may allow only individuals with bachelor's degrees to perform competency since hospital labs are a mixture of moderate and high-complexity testing. As Part 1 of this series mentioned, most automated testing in the clinical laboratory has been designated as moderate complexity requiring competency to be assessed by an individual qualifying as a technical consultant.

Many laboratories fail to meet the competency requirements due to not performing assessments when required. CLIA mandates that competency must be evaluated at least semiannually in the first year an individual tests patient specimens. After the first year of patient testing, competency is assessed on an annual basis.

There are several caveats managers should be aware of concerning the semiannual (or two six-month) competencies. First, the requirements apply to all new hires. The requirement also applies to personnel transferring to a laboratory with a different CLIA number. That is important to note for laboratories that are part of a system.

Example: Healthcare System A has five hospital laboratories (each with a different CLIA number). All the laboratories in Healthcare System A have the same equipment and procedures. Lab 1 hired Sam as a Medical Technologist, and he has been working in chemistry for two years. Lab 2 is short-staffed, and would like Sam to cover a couple of chemistry shifts. Sam agrees. Sam would still be working within the same hospital system, but he is now working for Lab 2 with a different CLIA number. He must be trained and have competency performed semiannually on the chemistry test systems in Lab 2, even though they are the same as Lab 1.

The clock for calculating the due dates for the two-six-month competencies starts when an individual completes training on a test system and begins patient testing unobserved. The Clinical and Laboratory Standards Institute (CLSI) and CLIA agree that performing patient testing is an expected part of training. The resulting of a test is a key part of the test process. However, the trainer providing oversight is responsible for any patient testing a trainee performs during training.

Mary continues to train and work. She is trained and signed off in Hematology in February and Chemistry in June. When the first week of July arrives, Mary's first six-month competency assessment should include all the test systems she trained on in the Urinalysis, Hematology, and Chemistry departments.

Mary trains in Coagulation in August and finishes Microbiology in November. She is still training in Transfusion services when the first week of January of the next year arrives. Now it's time for Mary's second six-month competency to be performed. Her second six-month competency should include all of the test systems she has been trained on and is releasing patient testing for in the Urinalysis, Hematology, Chemistry, Coagulation, and Microbiology departments. Transfusion is not included since she is still training in that department.

The good news for Mary is that when she completes the second six-month competency, she is not required to have an annual competency performed for that year. Her next competency assessment will be due the following year.

It should be noted that laboratories may choose to have an employee's competency assessed more often than required by CLIA regulations or their accrediting bodies. Many laboratories often do a competency after an employee completes training in a discipline; however, the two six-month competencies must include all of the test systems the employee has been trained on and is using to perform patient testing at the time the competency is due.

All six elements must be assessed for each test system. If an element does not apply, it should be noted why. If multiple employees assess the same testing personnel, each assessor must be qualified to assess the complexity of the test system.

It is worth noting that individual States may require additional competencies that must be assessed – New York state is an excellent example.

CLIA has specific educational and experience requirements for personnel performing laboratory testing on human specimens. Laboratory inspections will always include a review of employee folders to ensure testing personnel meet testing education and experience requirements. Written documentation of the laboratory medical director's delegation of responsibilities will also be reviewed. Laboratories should be diligent in ensuring the semiannual competency assessments are performed when due and that all test systems used to perform patient testing are included.

Get In Touch With Us

Have a thought on this topic? Comment on LinkedIn 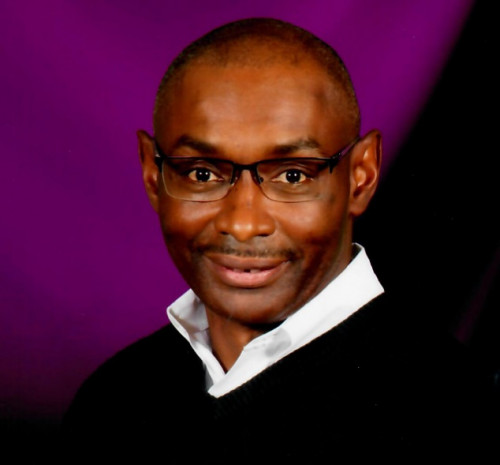 Dr. Darryl Elzie has been an ASCP Medical Technologist for over 30 years and has been performing CAP inspections for 15+ years. He has a Masters of Healthcare Administration from Ashford University, a Doctorate of Psychology from The University of the Rockies, and is a Certified Quality Auditor (ASQ). He is a Laboratory Quality Coordinator for Sentara Healthcare. Sentara Laboratory Services provides services for 12 full-service hospitals, five ambulatory care centers, and a large number of medical group practices. Dr. Elzie provides laboratory quality oversight for four hospitals, one ambulatory care center, and supports laboratory quality initiatives throughout the Sentara Healthcare system.  Find Dr. Elzie on LinkedIn.